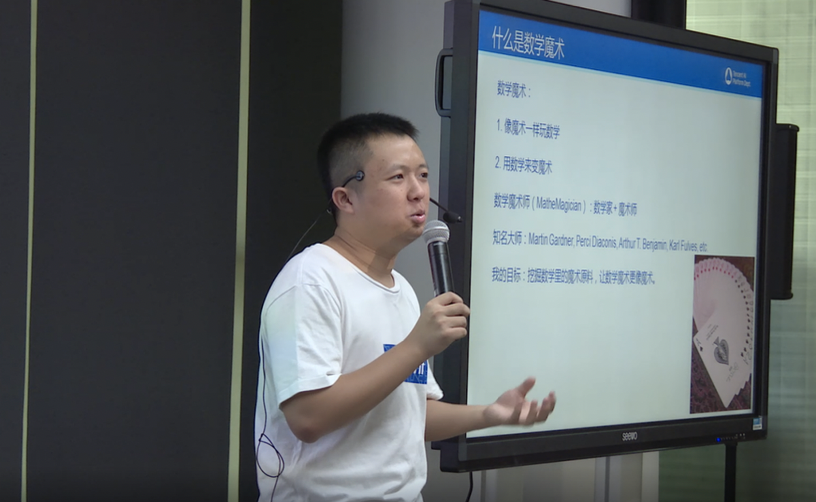 "Mathematical Art in Magic" was the first in the series of mathematical culture lectures. SUSTech International Center for Mathematics invited the speaker, Mr Tian Fang; an engineer from tencent WeChat search algorithm. Mr Tian Fang is a senior math-magician who studied magic for 16 years. He explained the mathematical art of magic to a group of interested, math-loving Shenzhen citizens. 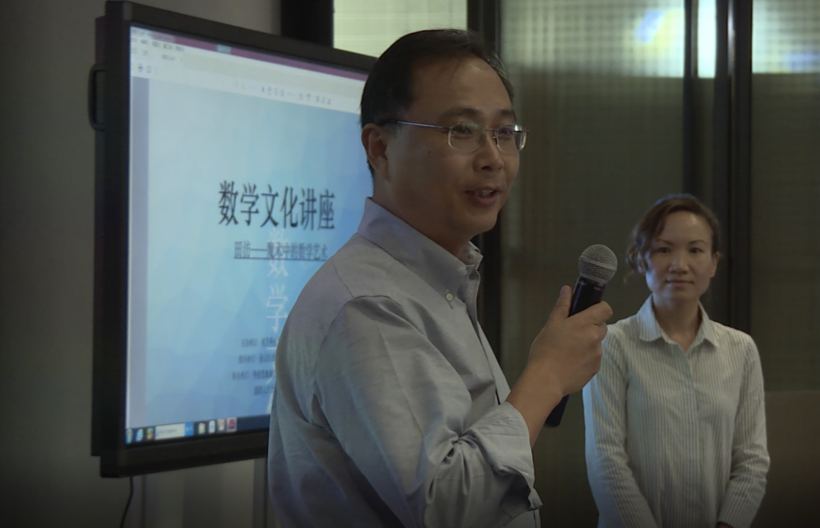 During the lecture, the invited speaker Mr. Tian Fang performed a total of eight amazing magic tricks for a spellbound  audience. Not only did he perform the magic, Mr. Tian also explained the mathematical structure and principles behind it.

An example of a magic trick performed by the speaker is his 4 Ace elevator trick. This trick involves putting an Ace on the top of a deck, and then, with an apparent wave of the hand, transferring the Ace to the bottom of the deck.  This trick makes use of a cyclic structure from mathematical group theory.

Another trick is the 4K Origami trick. Sixteen cards are arranged in a “K” shape, as shown in the left side of Figure 4K origami. A folding operation is defined, that reduces by one either the number of rows or the number of columns. After six folding operations, a single stack of 16 cards is obtained. In this stack, four cards are facing up; the trick is to obtain four Kings facing up. Performing this trick makes use of parity arguments in permutation groups.

Mr Tian Fang expressed the opinion that there is a synergy between creative art and mathematics, and that this can be used to stimulate students’ interest. This interdisciplinary approach to education is intended to empower students to understand mathematics more comprehensively and to lay a foundation for future development. 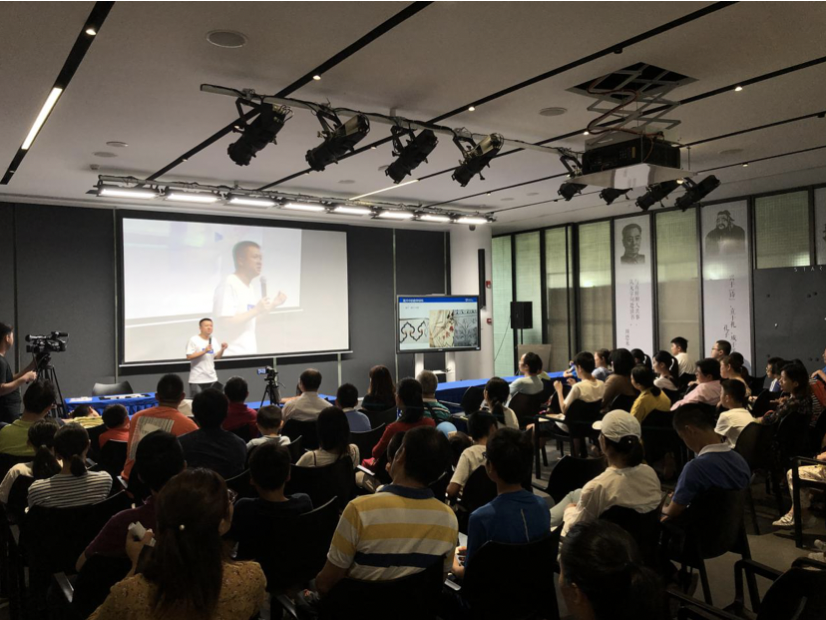 The atmosphere of the lecture was lively and applause continued. After the speech was over, the audience actively asked questions to which the speaker responded.

Since October 2019, SUSTech International Center for Mathematics will hold 12 Mathematics Science lectures on the first floor of Qiuxian Pavilion in Shenzhen Talent Park on the fourth Saturday afternoon of each month. The purpose of the lecture is to hope that the speakers will use different perspectives and use modern science and technology to allow the general public in Shenzhen to appreciate the beauty of mathematics, practice the use of mathematics, and experience the interest of mathematics.SUSTech International Center for Mathematics invited a number of well-known experts in related fields at home and abroad. We hope that the lectures will improve the participants 'mathematical literacy and practical ability to break the stereotype of mathematics.

Special thanks to Shenzhen Talent Park for providing venue support